An interview with Prof Karol Sikora

The National Health Service is a magnificent institution, and we can all be proud (and thankful) as it celebrates its 70th birthday this month.

But for all its tremendous qualities, the NHS has not delivered world class cancer care, as evidenced by statistics that show the UK still lags a long way behind the best in Europe.

We are well down the league tables for common cancers…

The UK is among to performers for certain rare cancers, for example childhood leukaemia showing that once a patient is on the treatment pathway, the standard of care can be excellent. Weird and unusual cancers, or those affecting children, are more likely to be picked up quickly, hence the system kicks in earlier.

…and 10,000 deaths a year could be prevented if we caught up

But still, it’s thought that up to 10,000 deaths a year could be prevented if we simply caught up with the European average, according to the recent study of 37.5 million patients carried out by the Lancet medical journal. (https://bit.ly/2LsdqRN)

To explain what is going on, we turn to Prof Karol Sikora, a 40 year veteran oncologist and campaigner for better universal health care. A man with a string of letters after his name, indicating a career at the cutting edge of science and cancer treatment, Karol is not afraid of controversy. 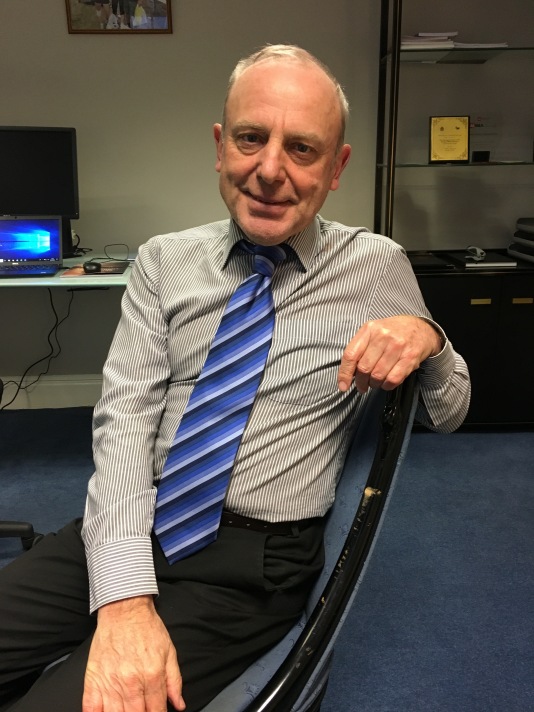 He has been known to describe the NHS as “the last bastion of communism,” and when he waded in on this issue at the turn of the century, he was on the receiving end of furious denunciations from the medical establishment.

Sikora is still outspoken, arguing that the English Cancer Strategy (designed to overhaul NHS provision of cancer care by 2020) does not go far enough, and that two month targets for treating people are far too long.

“That should be one month, not two,” Karol says. “In America [if you were lucky enough to have health insurance] you would sue if you were told you’d have to wait that long.”

Asked why we still do so badly by international standards, he explains that most patients have difficulty accessing specialist and diagnostic services.

This is a clear conclusion to be drawn from one year survival rates. Most people who have cancer do not die in the first year of the disease, so by definition, English people take longer on average to be diagnosed and treated, and are more like to pitch up at A&E presenting with emergency symptoms, by which time it may be too late.

Prof Sikora points to three main reasons for the delays in getting people diagnosed and treated.

First, English people are more stoic than Italians or French. It seems we are culturally disposed not to make a fuss or complain, so it takes longer to come forward and tell our GP about symptoms.

And that’s the second point – unlike other countries, we have to see a GP before we can get a scan. The GP is gatekeeper to the services of the NHS and, with the best will in the world, is not necessarily going to recognise early cancer symptoms.

Karol gives the example of someone going in with back pain. Chances are, it is not cancer, so the patient is likely to be referred to a physiotherapist, and it may be months before you are sent off to get a scan or X-ray. Likewise, you might have a distended stomach, and be sent off round the houses for months before you get properly investigated for cancer.

Brits are too stoical, and the NHS is overloaded

The third point is that hospitals are working at capacity. They are overloaded and there is little scope for them to carry out the triage that will sort out the sore tummy from stomach cancer.

The national cancer strategy is trying to promote that kind of approach for bowel and other common cancers. It already works very well for breast cancer screening, for example, where a woman comes into a congenial clinic, gets a scan and the results an hour or two later, and is told by the end of the day what if any follow up treatment is required, and when.

The introduction of such screening programs in the 1980s is one factor behind the significant improvement in survival rates for this kind of disease.

The problem according to Sikora is that plans for reform are just not disruptive enough. “The [national cancer strategy] uses the same facilities such as big, busy hospitals to try to create a new ethos in early detection. We have the lowest number of scanners per million people across Europe so all that will happen are huge log jams. What’s needed are new off hospital facilities in retail parks and leisure areas without a doctor in sight. What the point everybody schlepping into Euston to get to a centre at UCHL? The centres need to be where the people live?”

Karol is clear that, at bottom, the reason the UK falls behind in cancer care, is because less money is spent on healthcare than in other European countries – still the case despite the increased funds for the NHS.

Unfortunately, unless things change drastically, we are set be the poor man of Europe in the cancer survival tables, for some time to come.

In a decade or so, there may well be new diagnostic tests that would reveal whether you had a disposition to cancer by taking a pinprick of blood (such as those available in doctors’ surgeries to test for diabetes).

In the meantime, the best thing to do if you suspect you have cancer is – throw aside your native stoicism and make a big fuss, sooner rather than later.

This blog is for the increasing number of people touched directly or indirectly by cancer. My aim is to make the experience of being alive with cancer more bearable by fostering communications between the various people involved — from patients to doctors and nurses, to carers, scientists and charity workers. It will draw on my own experience as a cancer survivor, as well as on interviews and conversations with other patients and experts. I welcome feedback and also contributions, please contact me on david@alivewithcancer.com